Once someone makes a donation to your Masjid project, what happens next? Do you thank them? Do you communicate to them regularly, providing updates on the progress of the project? Have you ever looked at your donor database to determine how many of your donors are repeat donors?

Donor stewardship is basically how you communicate with and engage donors once they have donated to your organization.

It is a relationship building process that starts with a donor’s first donation and aims to keep that donor engaged and interested in your project. Donor stewardship should not be regarded as an afterthought. After all, donors are very much like customers; once they have given to your cause, they are far more likely to donate again than someone who has never donated to your cause before.

When discussing donor stewardship, we must also consider the concept of the donor pyramid. 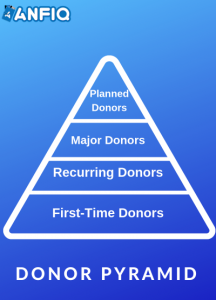 The goal of your donor stewardship strategy should be to move donors up the pyramid.

Masjid and Islamic Centre projects often take years to complete. And even after their completion, they still require the continuous financial support of donors. Donor stewardship is essential, and in fact, a fundamental right for donors who have donated to a Masjid or Islamic Centre project. You see, many Muslims think highly of donating to a Masjid because of the many rewards our deen has promised ‘those who help build a Masjid’. So, at the very least they deserve to stay informed on the progress of the project and feel reassured that their donation is in good hands.

As a matter of fact, by being continuously updated and engaged, donors are indirectly encouraged to contribute even more.

Whether your organization’s donors are local or distant, they deserve to be thanked for their donation and updated on how it is being spent. Making Jumuah announcements is one good way of keeping the local community engaged and informed. But, to raise funds for a multi-million dollar project, you will likely need help from beyond your local community. Hence, it becomes essential to keep donors updated on the progress of your project through online means, such as by posting on social media, and using email.

Ask and you Shall be Given 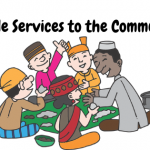 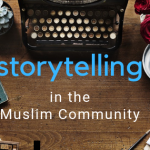 Showcase the Great Work you Do Through Storytelling 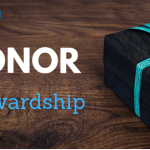